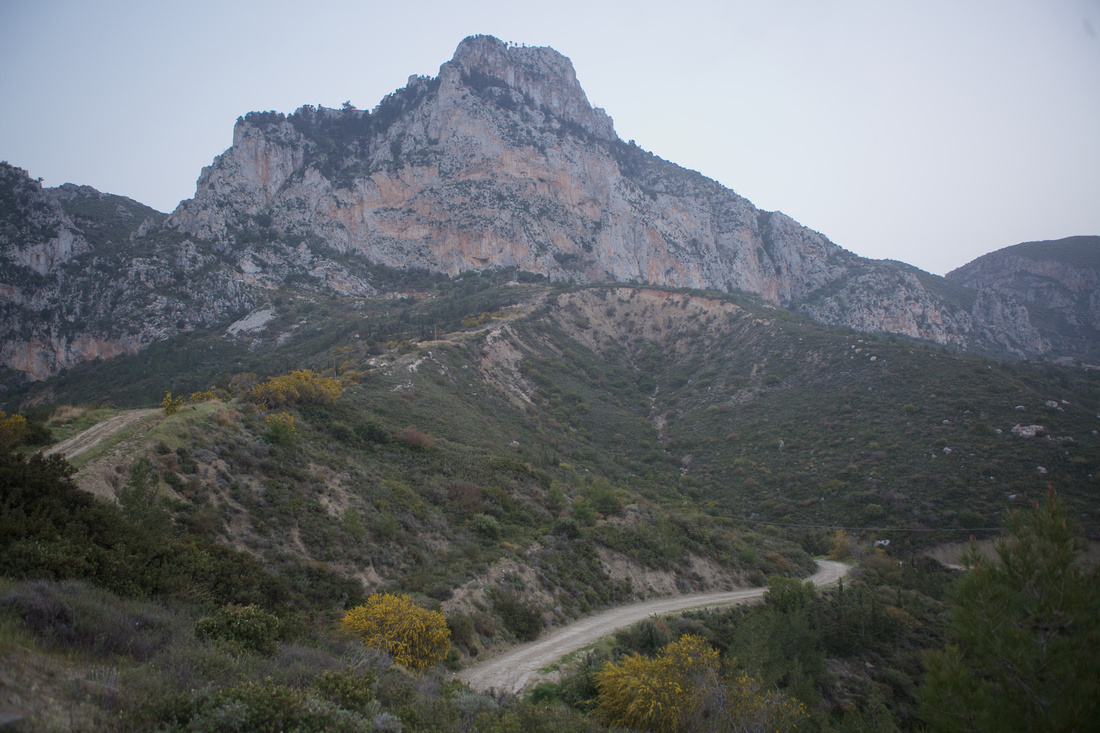 So I am spending a few months in Cyprus. I'm hoping to make connections and see if there is a possible future here for me.  I've been here a week and got into a nice rhythm of walking with my Dad, up a mountain near my parents' house.  For the moment I'll be living with them in Karaman, but will be moving to a flat in the main town nearby, Girne, or Kyrenia to give the English name.  Mount Hilarion (above) is in sight. More on that another time. 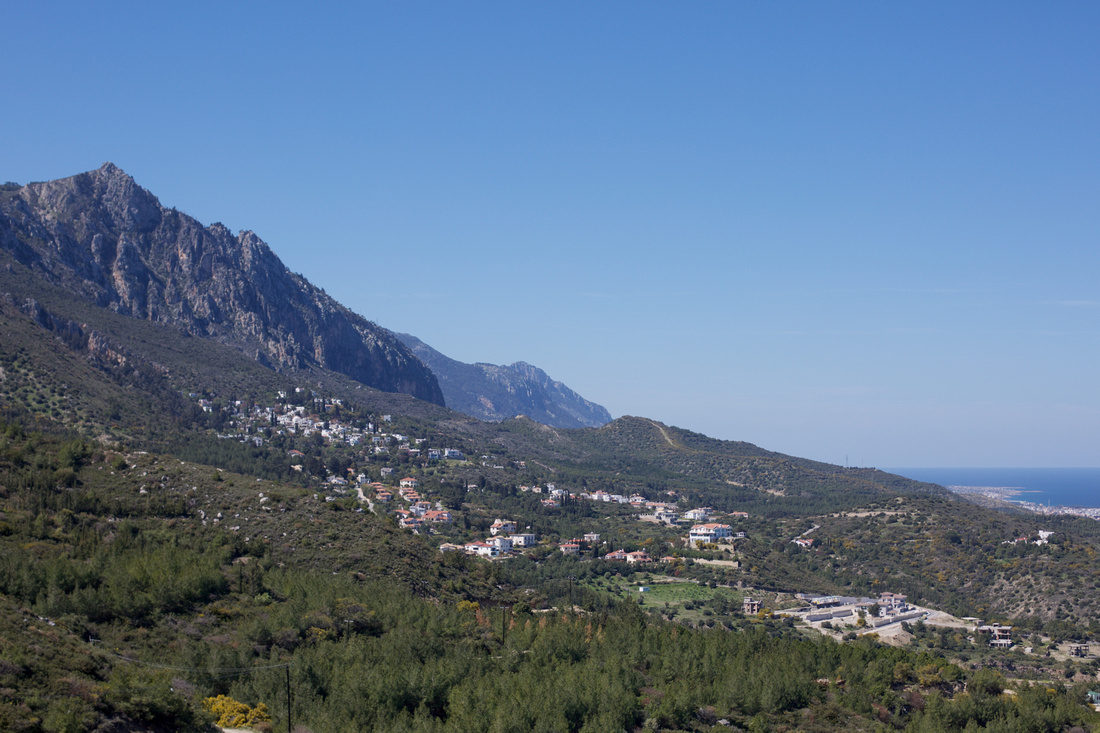 My Dad has been showing me all sorts of things you can forage and eat or make into tea.  Wild sage and little bitter shoots you soak in water that become delicious after a week like below (watch out for the thorns). 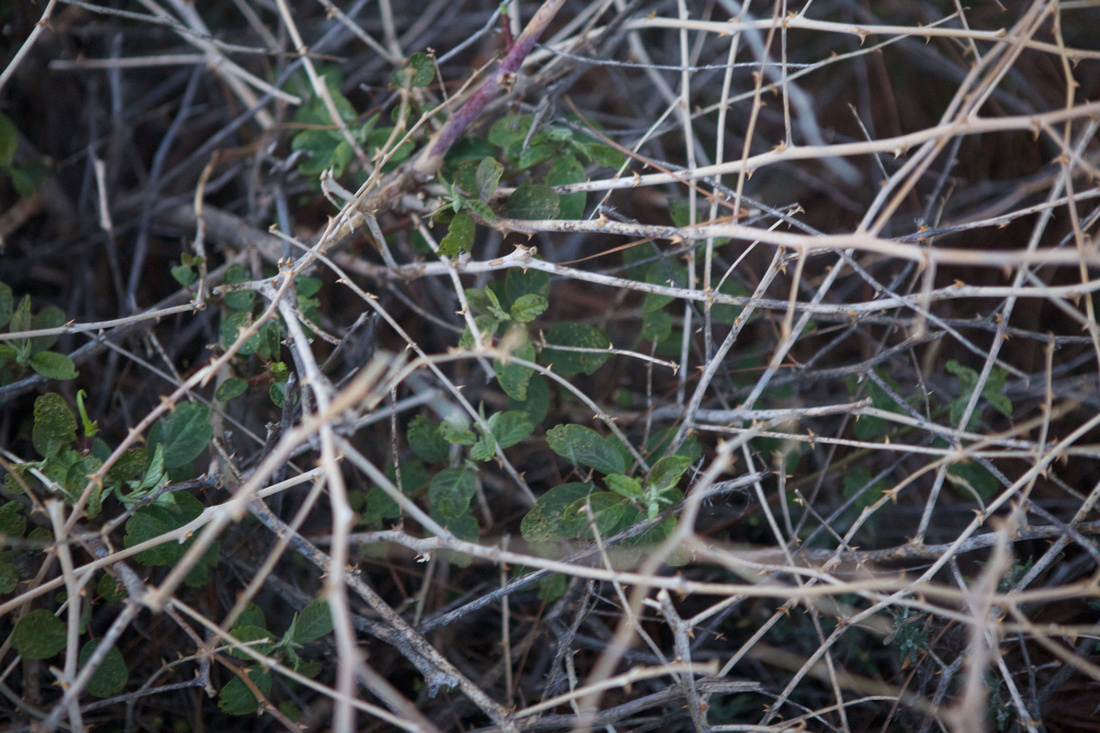 When looking in the garden I noticed a lemon tree had limes on it.  Apparently you can graft other citrus fruit onto the tree so it produces, in this case, lemons and limes.  I had no idea about this and its a real thing. On the Sunday we made it to a little village called Tepe Bashi, that was having a festival. 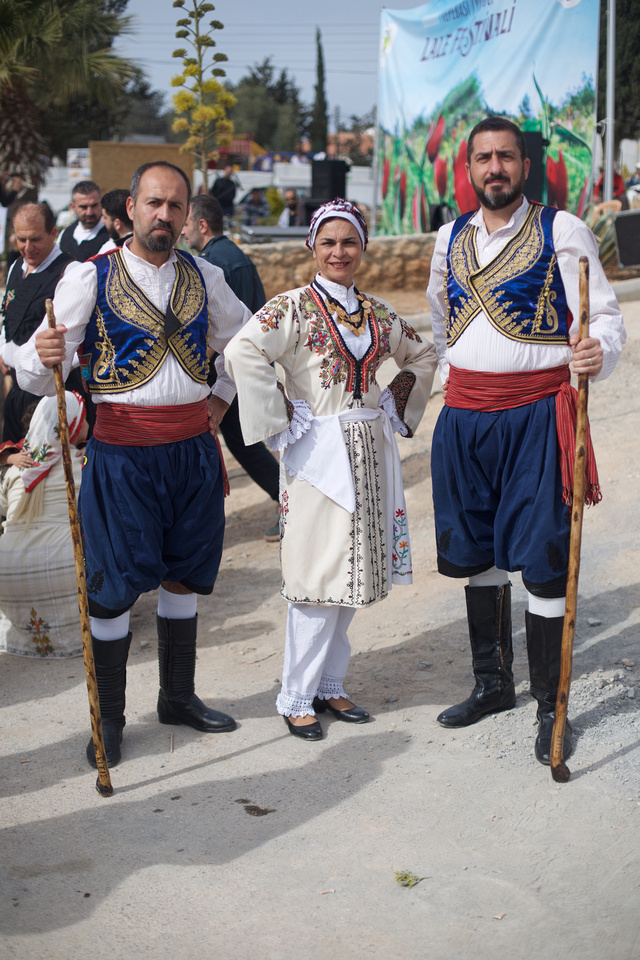 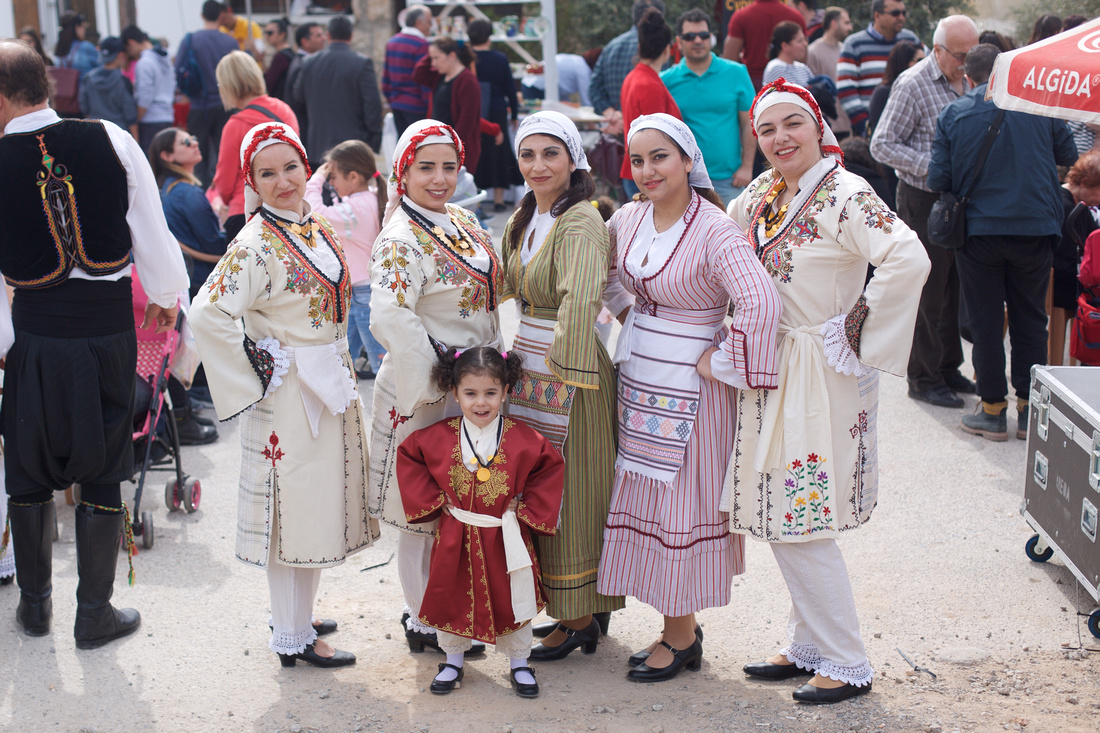 View From My Flat

So Its been another eventful week in Cyprus, with a festival (there is some sort of festival pretty much every Sunday in spring) and I have moved into a flat in Girne/Kyrenia view above.

There are a couple of spots I've been hanging out in but not made many friends.  Luckily I have family here so spending most Fridays / Saturdays with my cousin Naci who knows all the good spots.  Met a bar owner called John, where there are music nights and even Karaoke (not the cheesy type).  You hear little frogs chirping in the evening from the outside bar.  Popped to Balapias, which is a nice ruin that has good views and a cool place to eat. 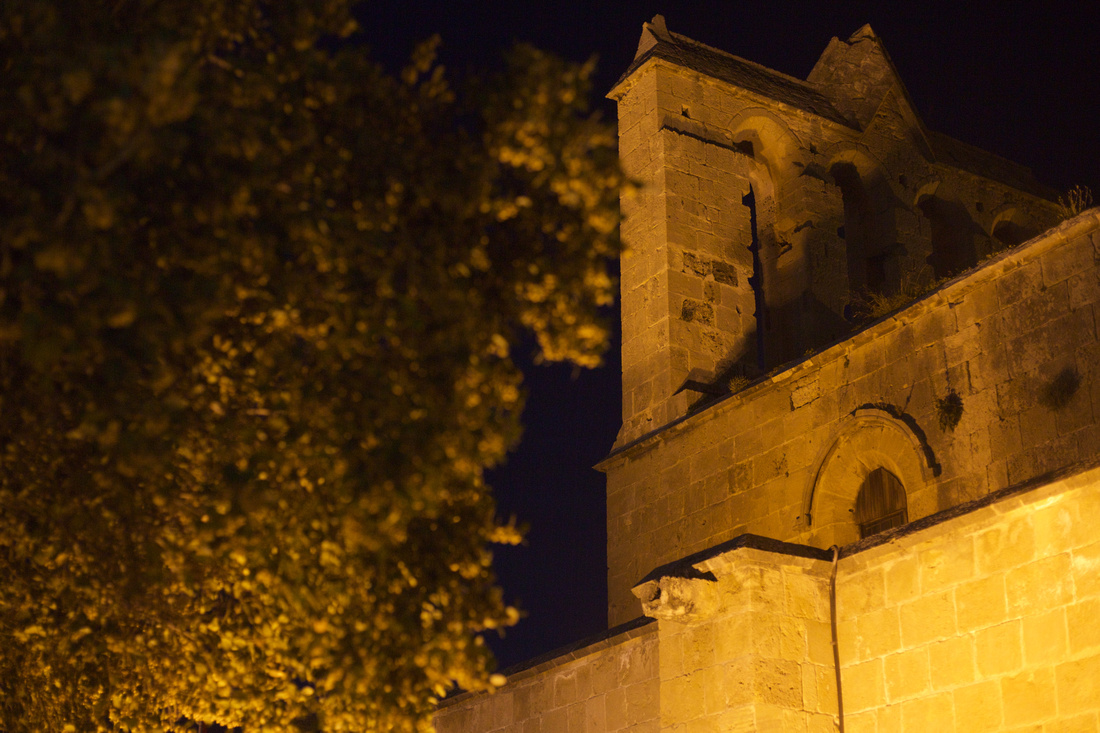 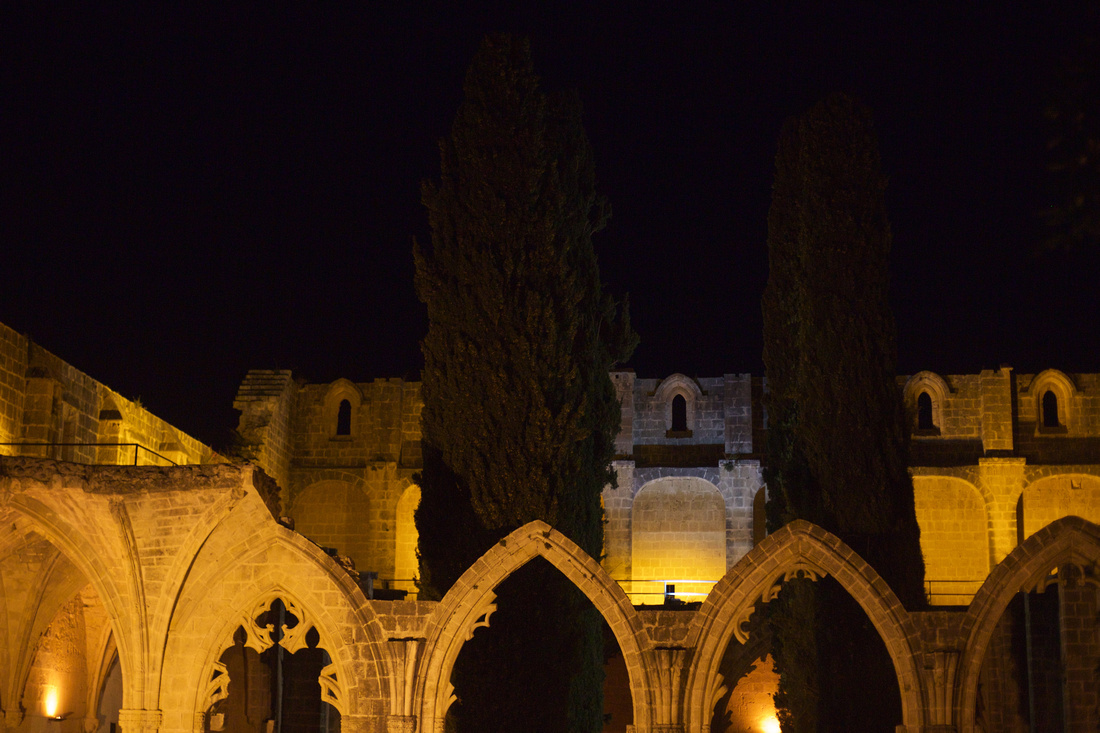 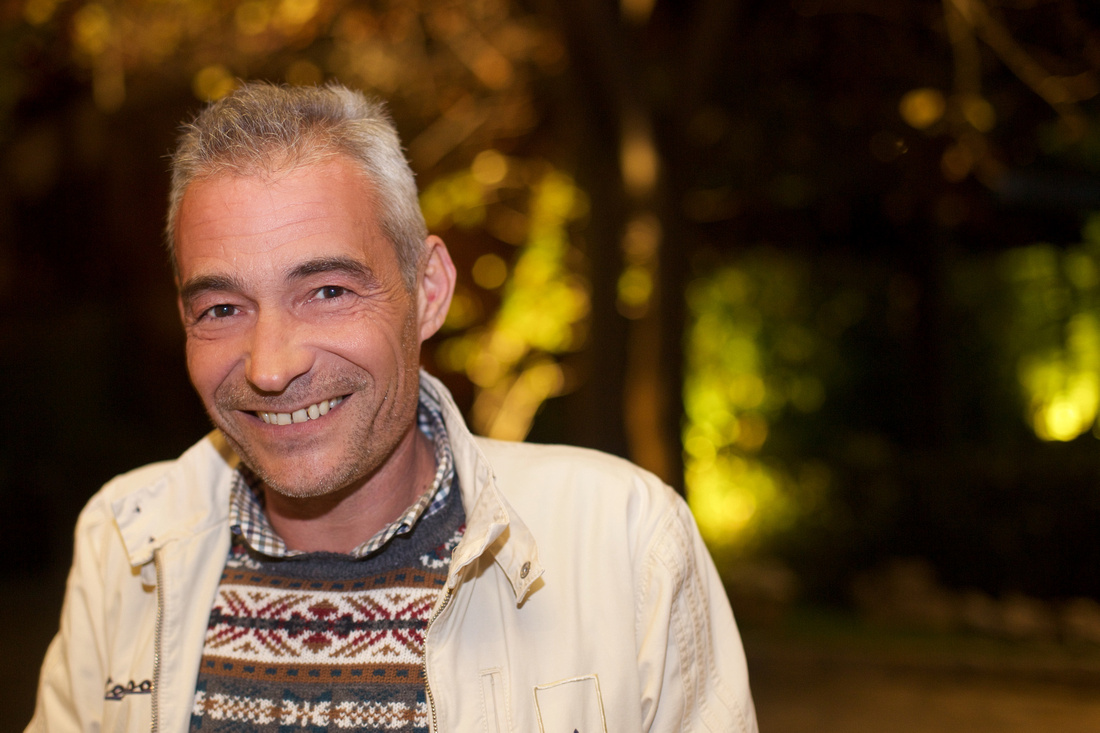 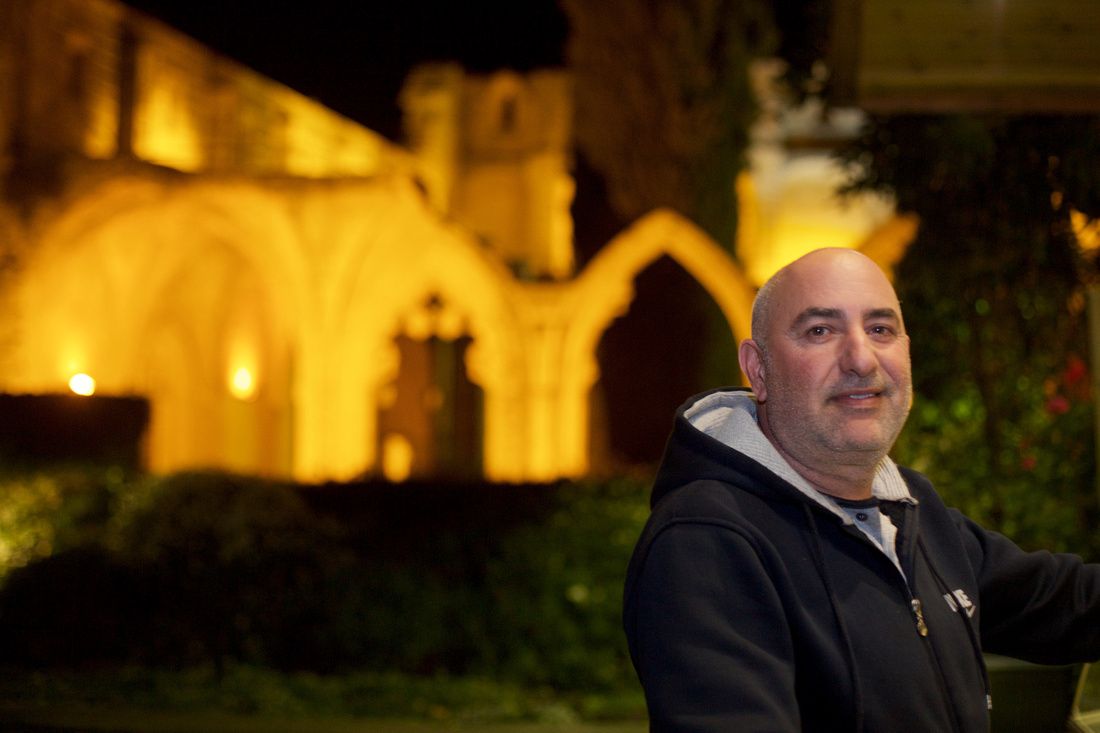 The latest festival then had a Black Sea band playing, and some enthusiastic dancers, as well as traditional food.  All these villages have traditional dress too and there are always a few people dressed up.  I found the socks particularly nice this time.  There was also a bird zoo around the children's playground. 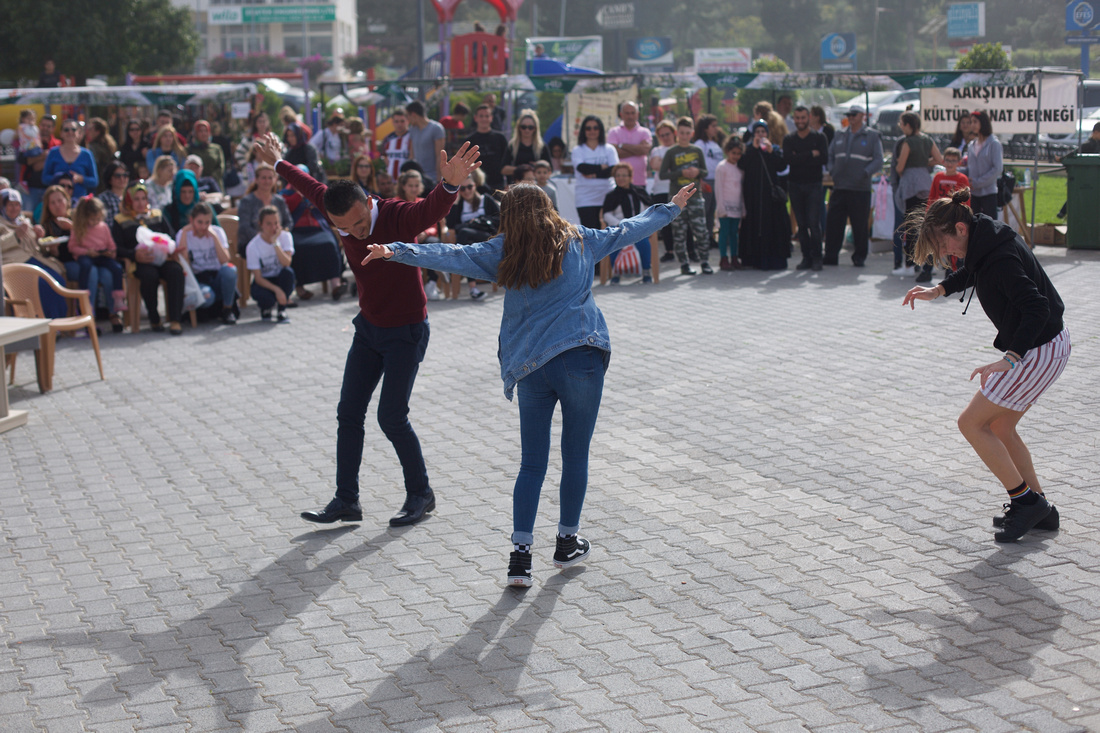 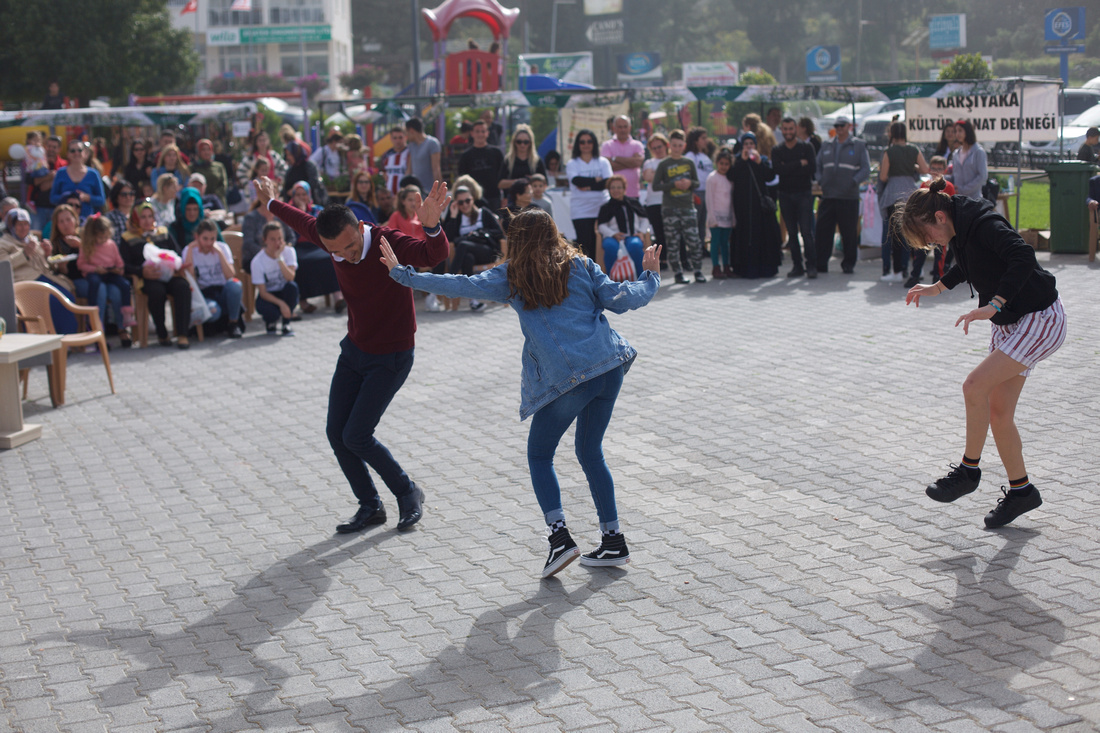 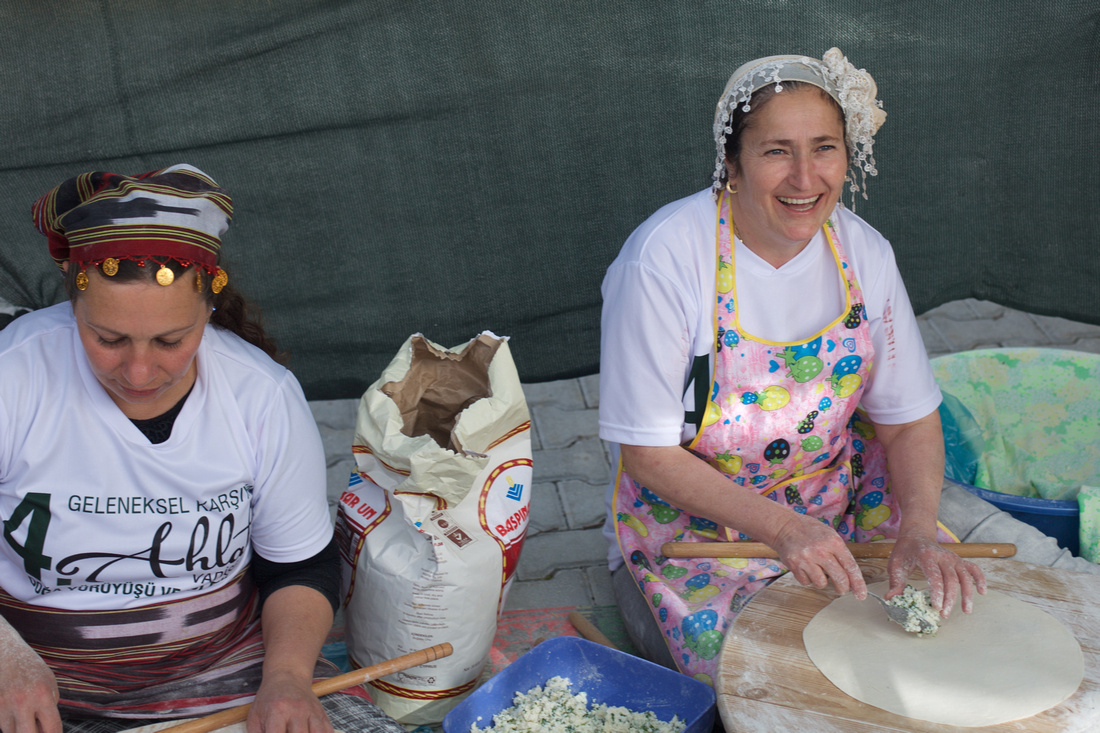 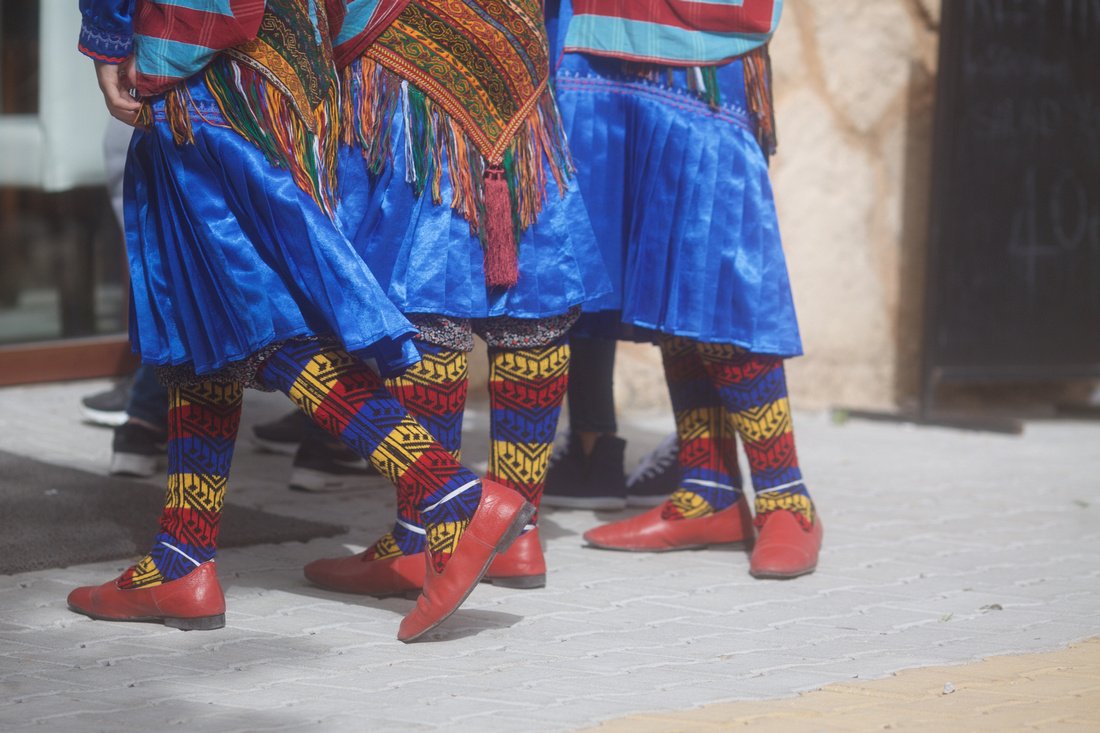 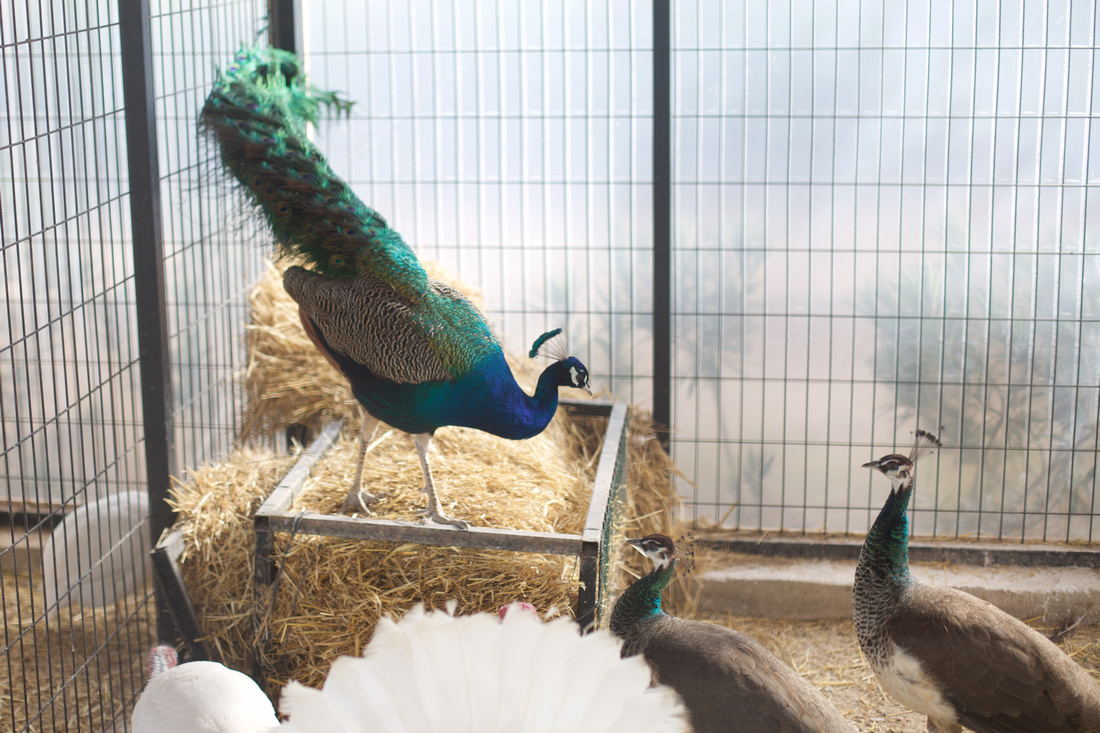 In  two weeks there are a couple of Computer Games Cosplay events which I am looking forward too.  Should be fun.  Over and Out till next week.

A taste of the type of music, do jump forward half a minute

It's been a good week in Cyprus.  Thee is too much to talk about but here are some highlights.  Yesterday I went to the Kantara Castle, which is situated not far from the pointy bit at the end.  The views are amazing (as below) and you can see North, South and East, making it a strategic powerhouse. Met some nice Russians up there too, as well as a hungry cat (not pictured).  After we went to a great bar, which we will be visiting again next Friday fro Reggae Night.

So then Earlier in the week went with my cousins to Magusa, or Famagusta, which is about an hour east from where I am in Girne / Kyrenia.  Its a sprawling city that has plenty of ruins and interesting spots.  While waiting for a band night to start we wondered and bumped into friends of friends taking photos for college.  Was nice to see some creatives at it and we all had a good chat.  Later in the week I returned to hang out with Canan who is very art minded and an English teacher.  She thinks I might be able to get work teaching photography.

So that is it for this week, although I've left loads out.  If you have been looking at Facebook you'll find another festival at Iskele near Magusa and some cosplay pictures.  Yes cosplay gamers have an active group in Cyprus and next weekend there with be a 2 day festival event.  See below for the full story. 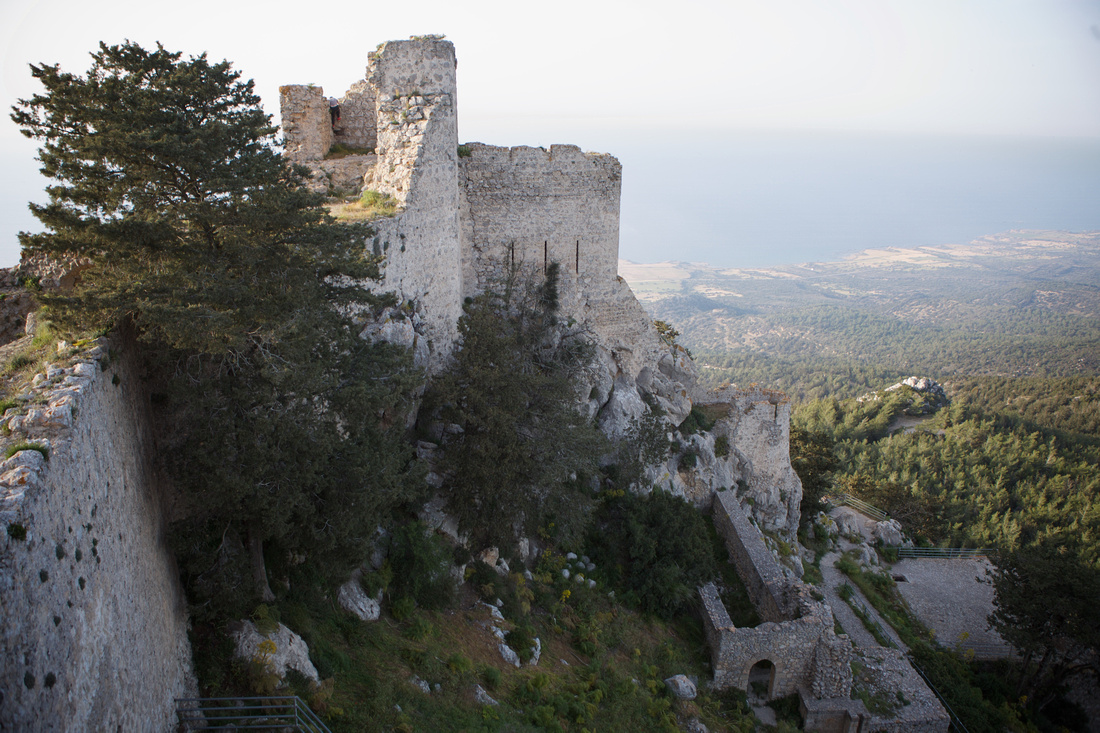 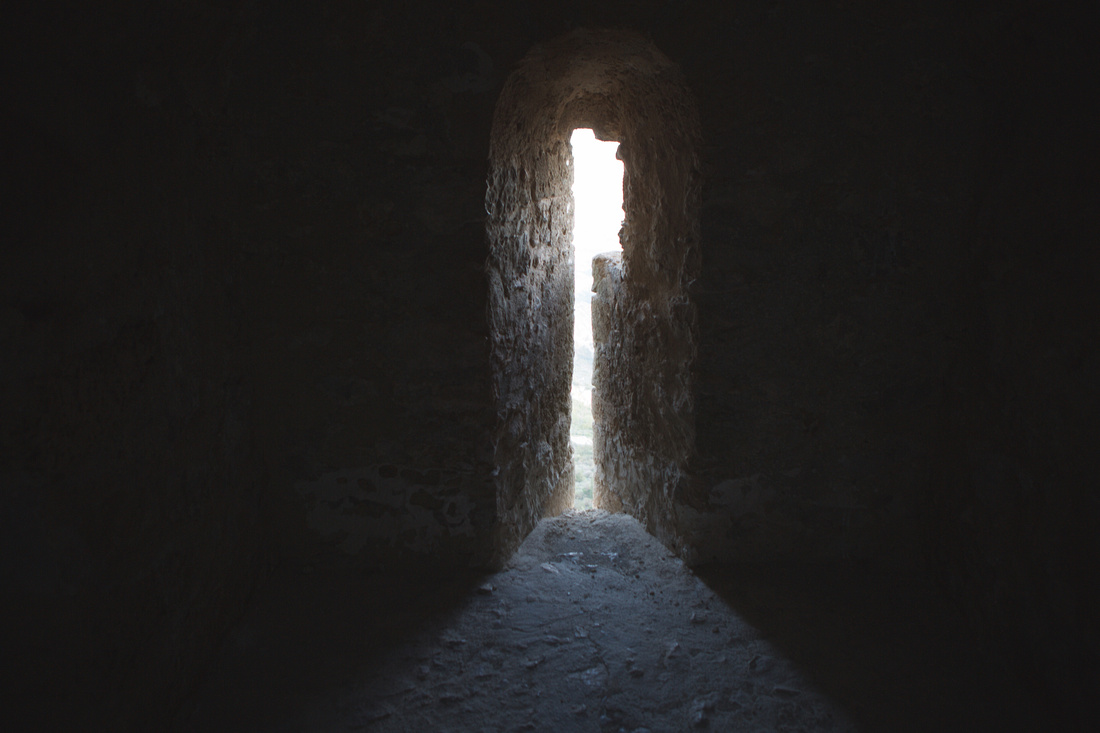 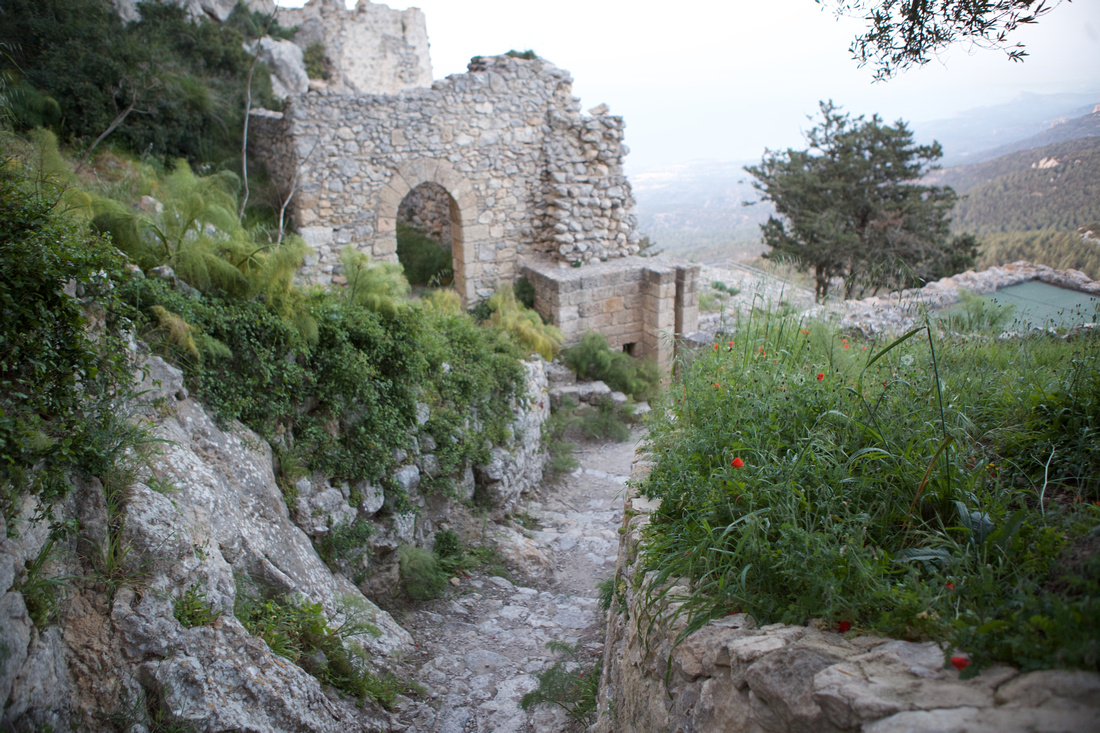 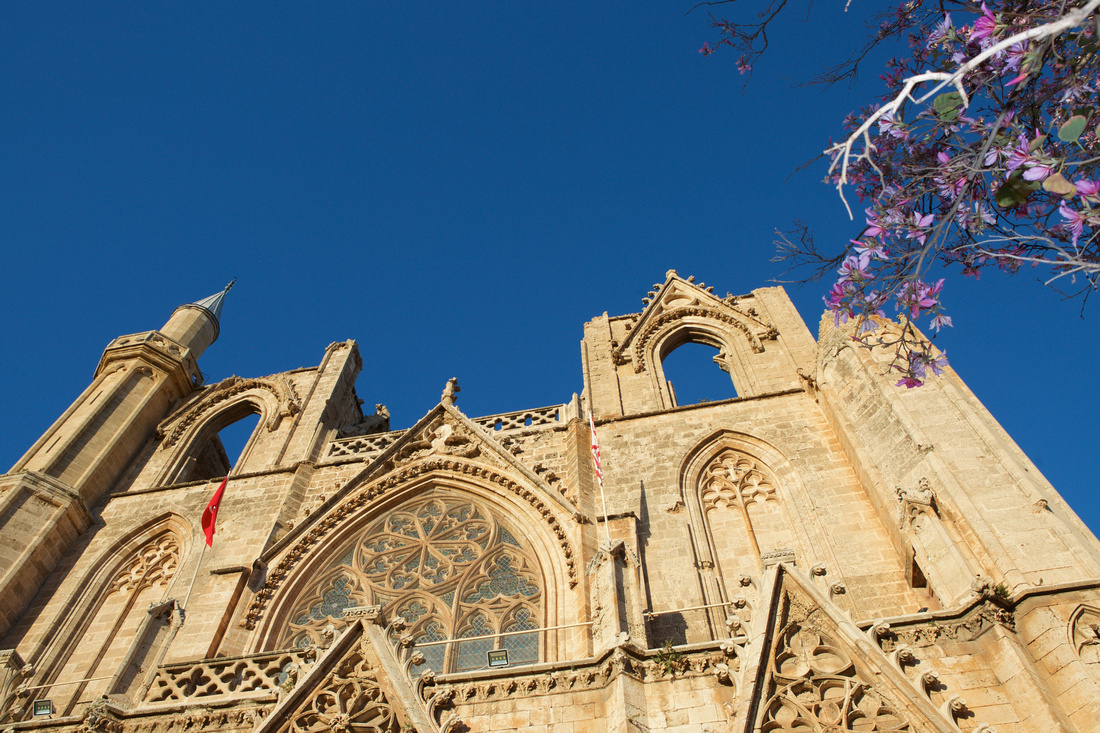 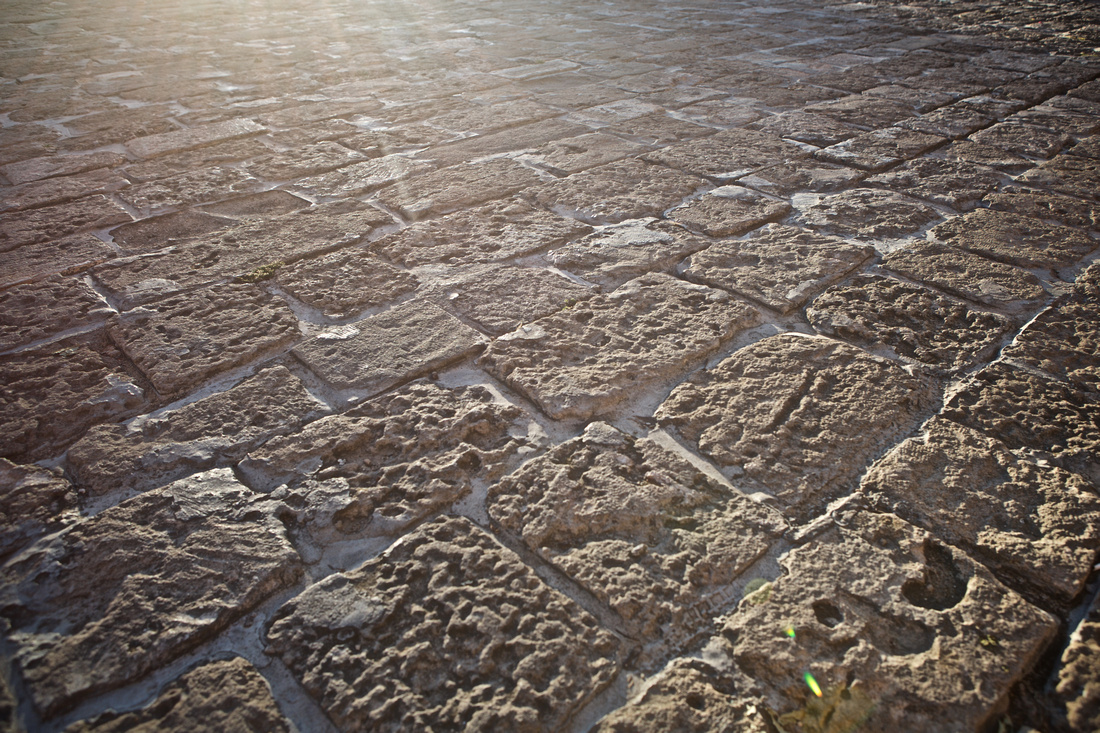 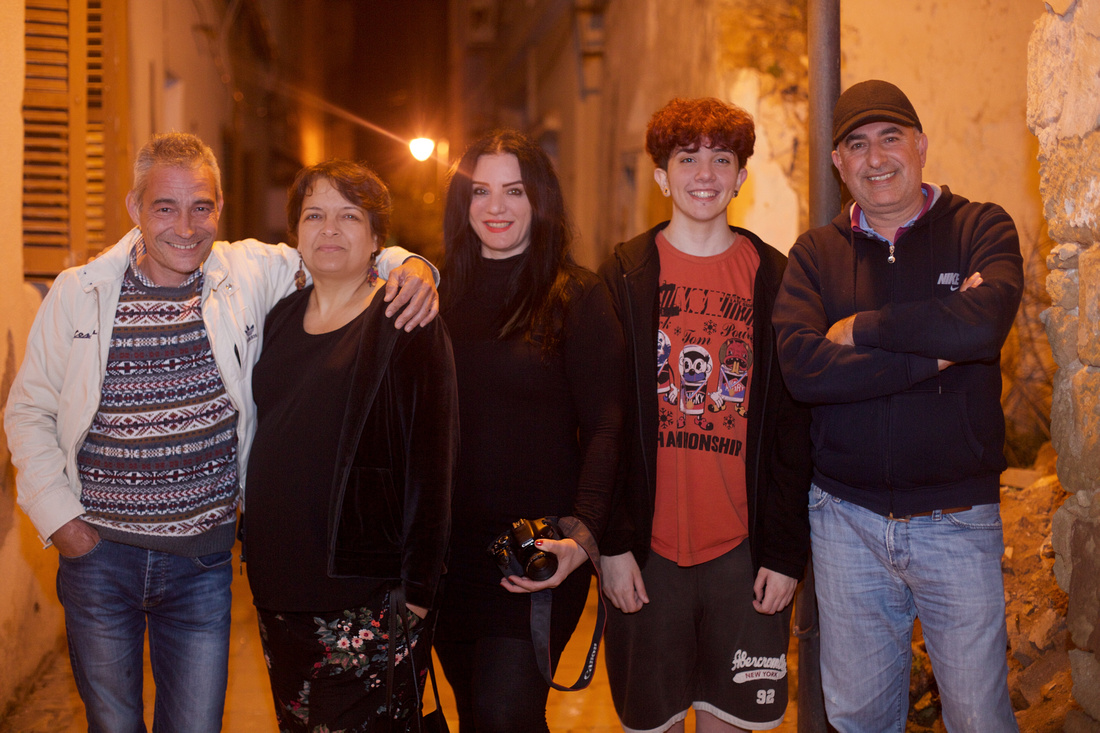 Geek Fest in Cyprus was a big surprise.  The fact that the vibrant community exists here is tantamount to the popularity of of games and comic characters world wide.  To find a well organised festival with so many international cosplayers was a real joy.  Before photography I was a a big game fan and started playing as early as Commodore 64 and ZX Spectrum days.  I graduated to Amiga and Atari, then mainly Nintendo and Playstation, although Sega Saturn and Phantasy Star Online were a favourite too.  I also played War Of Warcraft and still do occasionally.  Photography though is a time consuming thing so my gaming life mainly ended.

So the festival began at King's Bowling in Kyrenia from 12 till 6pm, then there was an after party at The Lord's Palace, followed by a second day at The Lord's Palace by the pool.  There were several art stalls each day too and a wealth of visitors to both events.  I want extend my congratulations to the organisers and the cosplayers.  Everyone worked really hard in the heat, and the girls kept an upbeat attitude and were constantly in demand from the public.

I wasn't  the official photographer so only went for two hours on the first day and an hour on the second day.  I went along to the after party for a couple hours too, but not really knowing anyone there was no reason to stay beyond getting some dancing pictures.  I sort of got to know the organisers a little, and met up with a photography friend on the first day, and chatted with a couple of the cosplayers from Amsterdam. Sadly everyone had a very packed schedule so wasn't able to persuade anyone to shoot outside of the festival.  I did do a mini shoot with off camera lights during the first day with Valerie's Cosplay but time was limited and the background was messy. 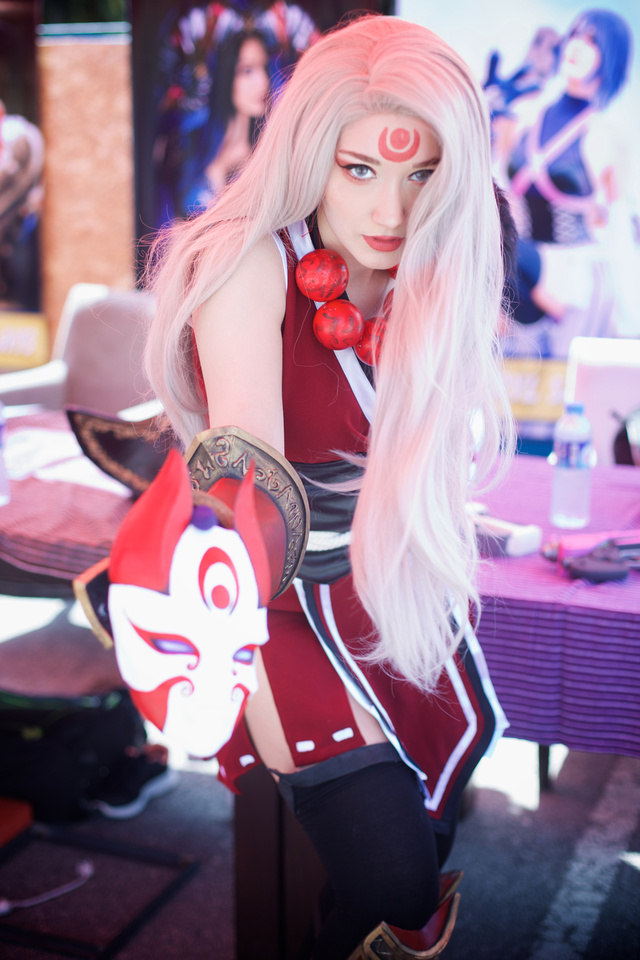 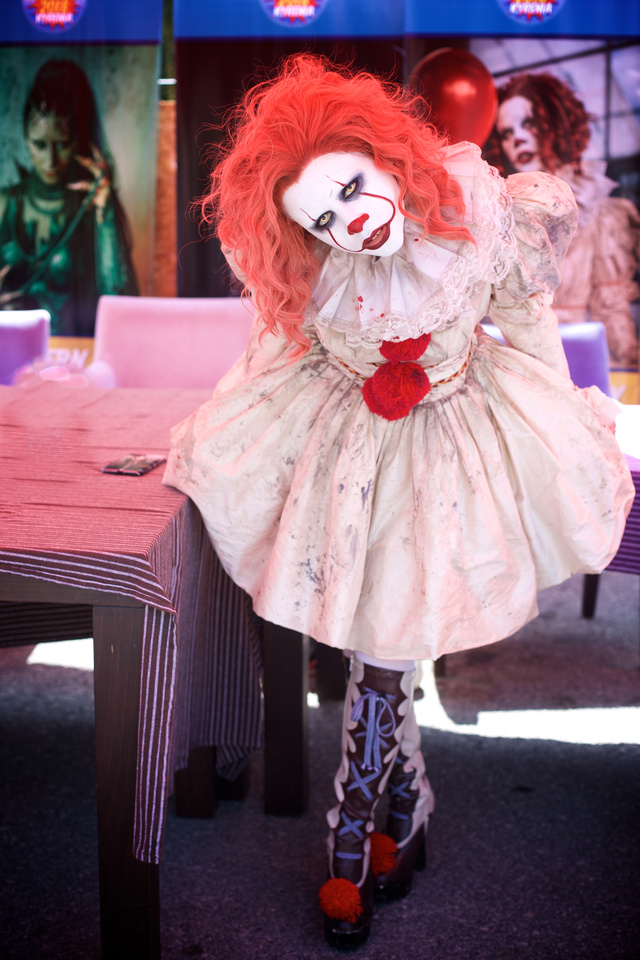 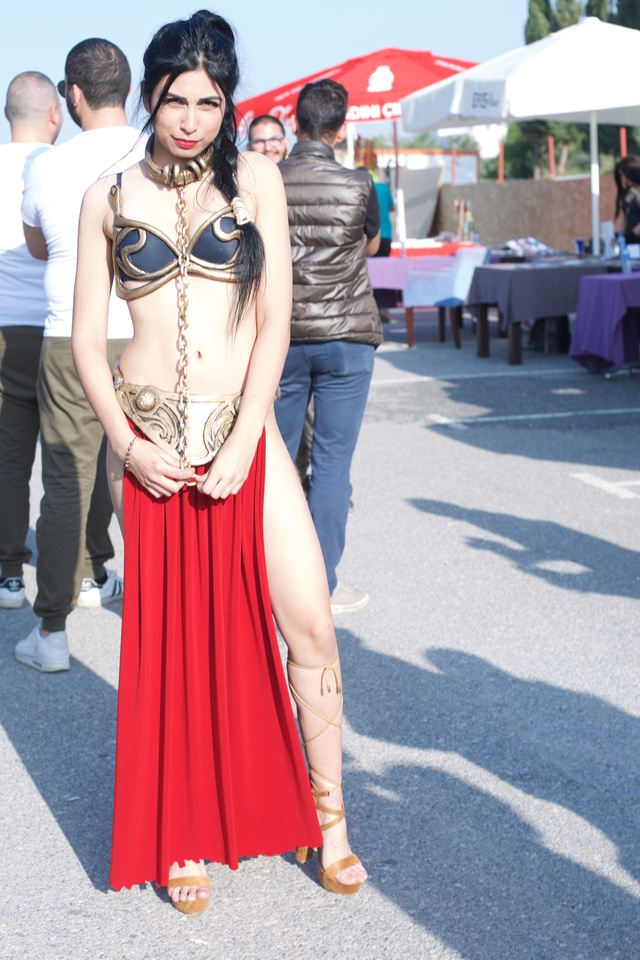 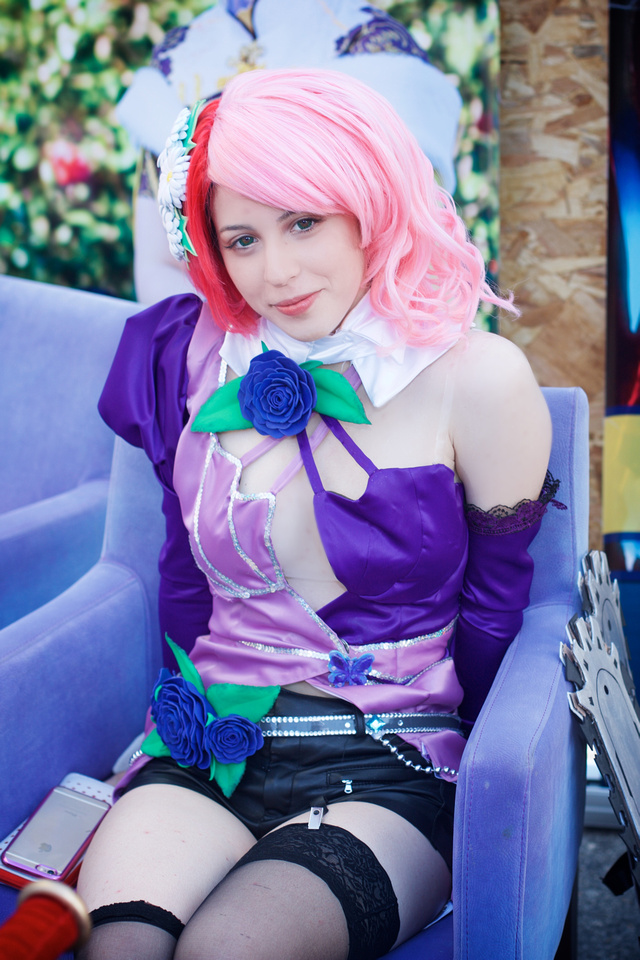 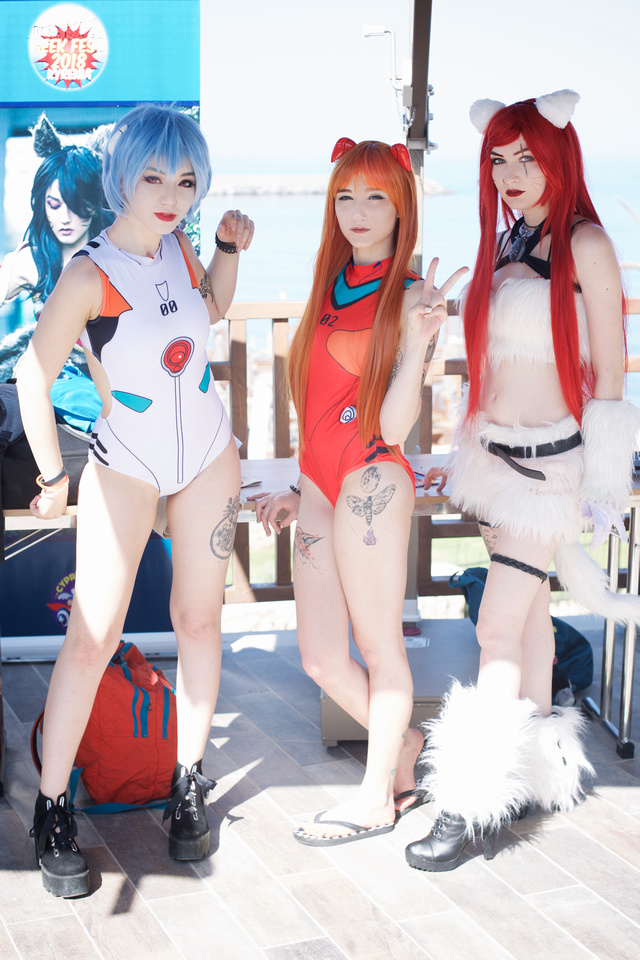 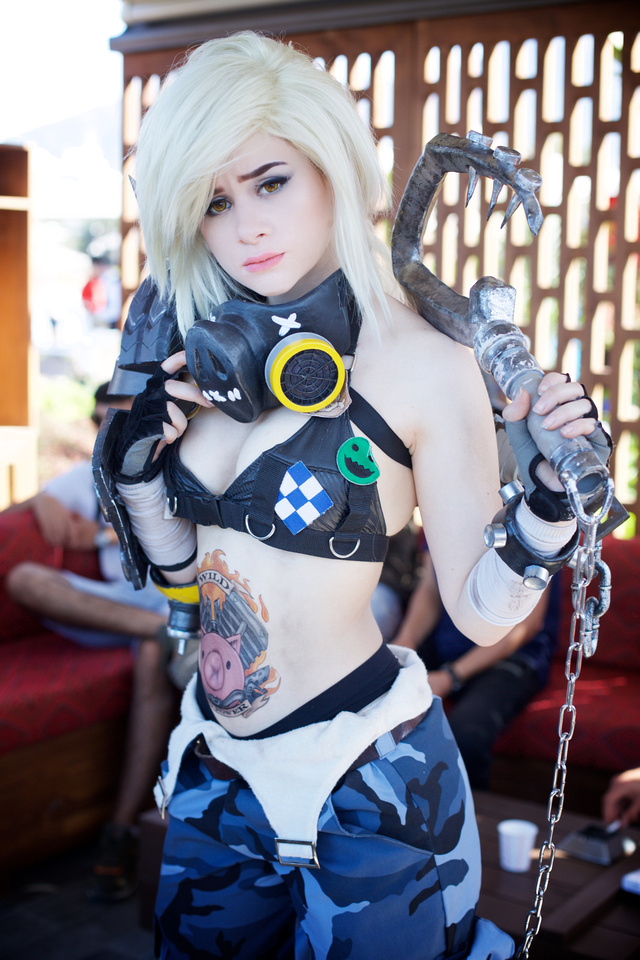